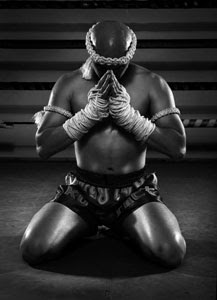 WHAT IS MUAY THAI IN A NUTSHELL

Muay Thai is a in a incredible Sport, Fighting style, and Experience!  Thai Boxing or Thai Kickboxing as it’s called by many Americans is actually called Muay Thai and is the National Sport of Thailand.  Muay Thai was developed in Thailand (formerly known as Siam) originally as military training for it’s soldiers called “Kabri Krabong” that used one or two swords, staffs, spears, shields, bows, horseback riding and other military skills.  From a system developed to defend their country it found it’s way into standard unarmed training for civilians and the national sport using many of the same movements they used when carrying weapons.  From there it became “Muay Boran” which took various forms where finally after years of changing and refining techniques to make them more functional for unarmed fighting and the ring instead of the battlefield “Muay Boran” the science of nine limbs;  both hands, both elbows, both knees, both feet, and the head butt , became “Muay Thai” the science of 8 limbs; Both hands, both elbows, both knees, and both feet. 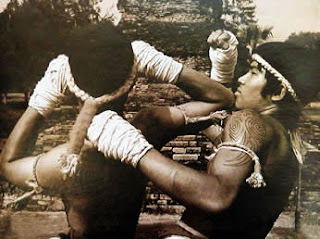 What really makes Muay Thai so AMAZING is the simplicity and straight forward approach to training, which gets people in great shape, teaches amazing hand-eye coordination, practical self defense, while developing focus, relieving stress, and helping people better manage and control it.  Muay Thai’s has become one of the single most well known Martial Arts over the past 2 decades due to it’s effectiveness in the Ring, Cage, and on the Battlefield for it’s knock out power, for it’s incredible elbow, knee, and kicking techniques most forms of boxing and kickboxing leave out.  Muay Thai has become HUGE in Mixed Martial Arts events like the Ultimate Fighting
Championship, Bellator, Strikeforce, and Pride FC, along with Kickboxing Organizations, like K-1 who’s top fighters have all trained extensively in Muay Thai along with being incorporated by our Nations Military at various levels and by our Special Forces teams especially.

HOW WE TEACH MUAY THAI

Our program at Relentless MMA blends several different styles of Muay Thai to focus on developing Two things
1:  A practical and easy to learn defense to attacks, like Elbows, Punches, Knees, Kicks, Tackles, and Grabs
2:  How to generate MAXIMUM power on each technique while still maintaining a strong defense.   Which in part comes down to CARDIO/ENDURANCE.   (NO DROPPING YOUR HANDS AND LETTING LOSE WITH WILD PUNCHES AND HAYMAKERS HERE)

THESE TWO THINGS WILL GET YOU IN INCREDIBLE SHAPE WHILE HELPING YOU DEVELOP COORDINATION, BODY MECHANICS, FLEXIBILITY, AND CONDITIONING THAT WILL HELP YOU IN ANY SPORT AND EVERY FACET OF YOUR PHYSICAL LIFE
We do this by focusing on our Student/Athletes by teaching, challenging, and encouraging them mentally and physically to be their best.  After our students have learned the fundamentals and have learned how to protect themselves (ONE OF YOUR TOP FOCUSES) and learn how to maximize their Movements (Quality over Quantity) we will add in more advanced moves, counters, setups and strategies to teach someone how to fight any kind of fighter from the crazy macho drunk guy at a bar, to the seasoned vet who’s been competing in Muay Thai or MMA for years.  The result is Happy, Confident people who can enjoy a athletic energetic life free of many of the stresses many experience, combined with a body that makes them proud.

Muay Thai will make you feel and look better.  Our workouts are always focused on being fun and 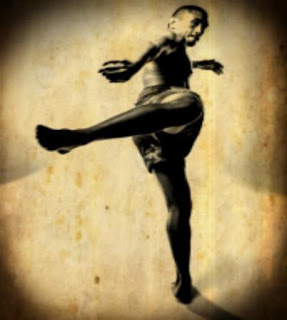 challenging with up beat instructors that are dedicated to helping you bring out your best and coaching you to excellence, instead of running you through some boring erratic “cardio routine”.  We challenge everyone to their potential so that you grow as an individual.  We encourage all of our students to tell their coaches what their goals are mentally and physically so that we can better challenge them and help them grow.  We offer no standard responses or fixed routine.  Every class is tailored to the practitioners /athletes in it, helping them to work to the next level with their technique and their body.

WILL I GET A BLACK EYE IF I DO THIS

NO!  Safety is our primary concern.  Making sure people are in a safe training environment speeds up the learning curve.   The last thing we want is people stressed out about coming to class because ‘they’re going to get beaten up to the point where they are leaving black and blue and are embarrassed to go out in public.  Despite our somewhat “Brutish” name we are focused on safety.  You will hear two chant’s in class regularly.  Coach will yell out “Brain Damage” class yells out “BAD”, coach yells out “Dentist” class yells out “EXPENSIVE”.  We don’t train to knock each other out, we train to be our best, and to help those around us be their best because then they will be more inclined to help us become the person we want to be at the end of the day.  We encourage mutual respect between people in our gym because without them our own personal goals get farther and farther away.  We are ALWAYS “TEAM” focused.  Together Everyone Achieves More!

WILL I HAVE TO SPAR

NO ONE AT THE GYM IS FORCED TO SPAR!  We do offer and encourage sparring for people who have reached a certain level of proficiency with their defense.  We focus A LOT more on defense then other gyms that let people just go swinging on each other.  We understand that in a real fight when you hit someone their going to try to hit you back even harder so we might as well prepare for that so it doesn’t catch us by surprise and lead to brain damage which we’ve all decided is “BAD”.  The majority of the sparring for Muay Thai will be done only with necessary protective equipment, between two people who understand how to control their power and tempo, and under the supervision of one of the coaches to further ensure things don’t get out of hand.  Our number one focus is learning and we are Relentless in that pursuit, hence our name Relentless MMA

WILL I HAVE TO COMPETE

NO, NO ONE HAS TO COMPETE UNLESS THEY WANT TO!  All of the coaches at our gym 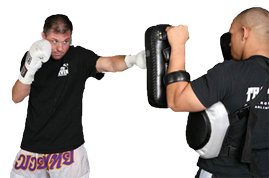 have competed in Muay Thai, Brazilian Jiu-Jitsu, Wrestling, Submission Wrestling, and MMA and they have enjoyed it but we know it’s not for everyone.  It’s a huge commitment in time to properly prepare and we understand some people have responsibilities that don’t make competing in a Thai fight or MMA fight feasible because they have crazy work schedule, prior injuries, family and life commitments that don’t afford them the time some people have.  We do however help those people who can’t compete but want the fun, challenge and growth of training for competition hit their peak for what time they can invest whether it be by sparring with their competitive teammates or helping them train by drilling with them, and sometimes just doing their conditioning and weight loss circuits with them.  We believe in TEAM, Together Everyone Achieves More.  I myself have benefited greatly by my teammates helping me prepare for many fights and competitions, and have also helped out my teammates by training with them or doing conditioning with them to help them stay focused and their spirits up.  It’s a GREAT feeling either way, and when people are ready I encourage it.  If you do decide to want to compete tell you coach your goal, and we’ll begin getting you ready mentally, and physically, and find you a fight at whatever level your interested whether it be locally, nationally,  internationally, or pro.

WHO ARE THE COACHES

Your coaches will be Coach Dave Carter and Mikey Custodio who have spent a culmative 30+ years practicing  and coaching Muay Thai to men, women, and children, who’ve used it for exercise, personal development, self defense, and competition.  They’re biggest influence is Brahm Ajarn Surachai “Chai” Sirisute who founded the Thai Boxing Association of America in 1968.  We also coach the Crazy Monkey system of Boxing and Muay Thai developed by Rodney King of south Africa (no relation to the one beaten in LA) along with Savate Thai Cross training aka STX as developed by Eric Paulson.

Posted by Relentless MMA & Fitness at 6:00 AM